The Department of Homeland Security will hold a National Cybersecurity Summit at the Alexander Hamilton U.S. Custom House in New York City, N.Y. on July 31.

Officials from the National Security Agency, FBI and the departments of Energy, Treasury and Defense will participate in the event along with experts from the academe and CEOs representing the telecom, financial and energy industries to discuss future initiatives to develop a collective defense model, DHS said Wednesday.

DHS Secretary Kirstjen Nielsen noted that the DHS and private sector share a responsibility on cyber security which she said is “ too big for anyone acting alone.”

According to Christopher Krebs, undersecretary for the national protection and programs directorate, both the government and industry need to move beyond sharing information on cyber threats and “advance efforts to manage risk in a prioritized manner.” 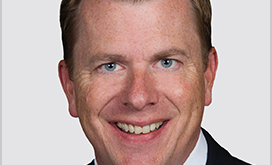