Berlas served GSA for 11 years as a senior specialist on information technology security after his roles as senior network security consultant at Guardent and senior associate at PricewaterhouseCoopers.

Garbars, a 30-year veteran of federal service, announced his resignation from the GSA CISO position in June through a post published Saturday on LinkedIn. 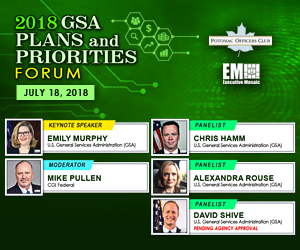 His GSA career includes support for policy development for the authority to operate certification. He was also head of the Federal Cloud Computing Advisory Council’s Security Working Group for the Federal Chief Information Officers Council, the report said.

Garbars was with the Defense Department as a security officer on information systems before he joined GSA, the publication detailed.

“It has been an honor and a privilege to support DoD and GSA in cybersecurity and electronics engineering,” Garbars said in his LinkedIn post.