The bill also seeks to extend the service life of the International Space Station through 2030 in aims to maintain leadership in the low Earth orbit.

Additionally, the DOT would receive tasks to establish a regulatory framework that aims to refine existing rules and support reusable and expendable platforms.

The bill takes its basis from the 2015 Commercial Space Launch Competitiveness Act, which was intended to streamline the regulatory framework governing commercial space launches and Earth observation missions.

The legislators who introduced the Space Frontier Act are members of the Senate Committee on Commerce, Science and Transportation. 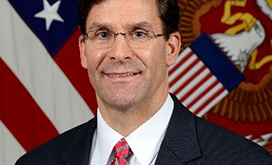 A program held by the U.S. Air Force's AFWERX innovation program highlighted opportunities to rebuild the hurricane-damaged Tyndall Air Force Base as a modern, state-of-the-art installation. AFWERX will unveil the top technology proposals on Aug. 7th. These entries will be eligible for the effort's succeeding phase.