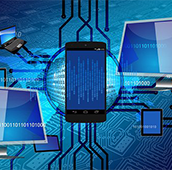 “Cyber-attacks on government networks are increasing in frequency and sophistication, so updating the programs and tools federal agencies use to thwart these attempts is critical,” said Cornyn. “By codifying the CDM program and providing congressional oversight, we can ensure the federal government is better prepared for cyber threats.”