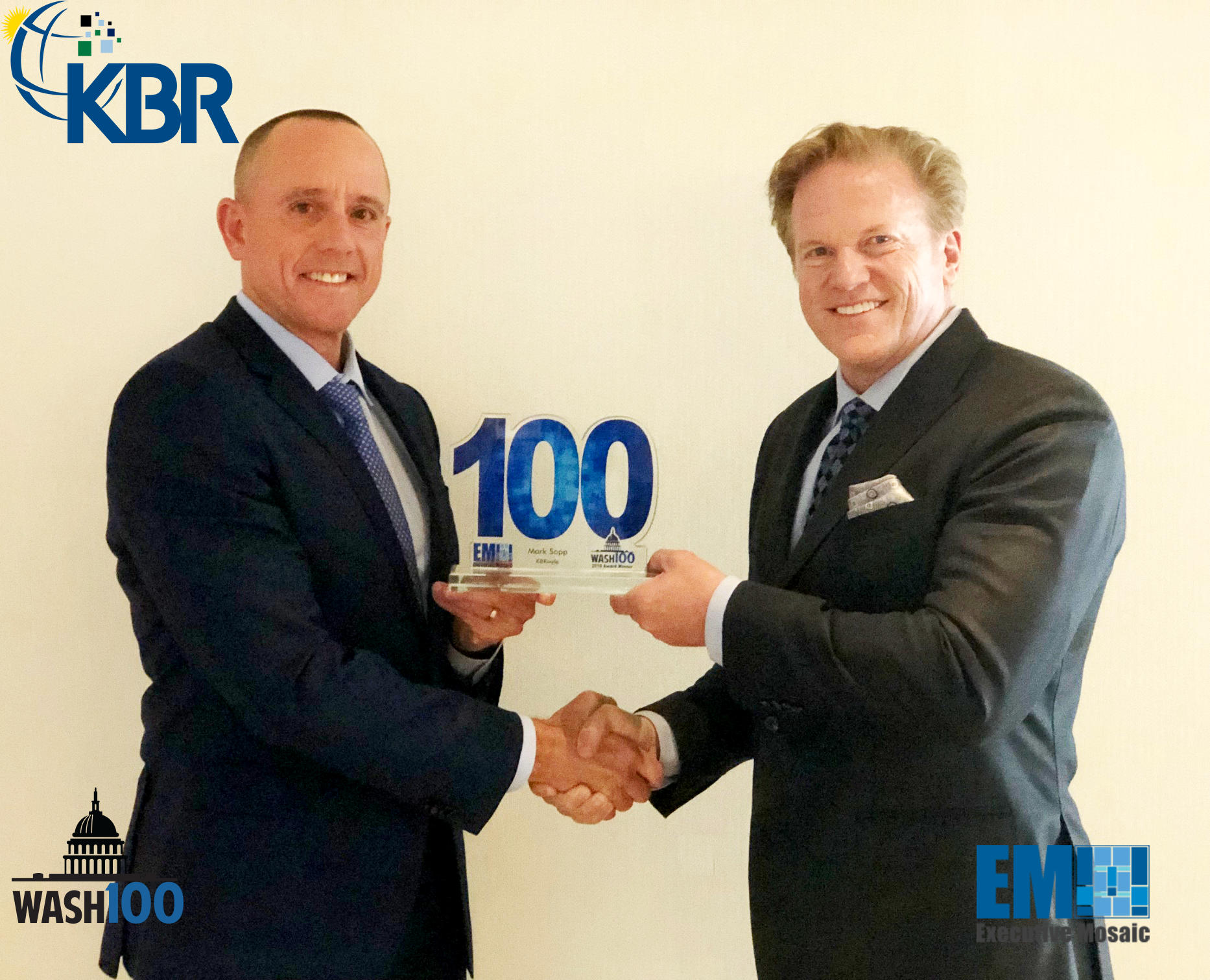 Executive Mosaic recognizes Mark Sopp for leading KBR to financial success and expanding into the space business. We are thrilled to present the most coveted award in government contracting to Sopp.

Under Sopp’s leadership, KBR has recorded eight consecutive quarters of strong growth revenue, earnings and cash flow. The company earned an 18 percent increase in full-year revenue to $4.9 billion in fiscal year 2018 and announced an organic growth of 31 percent in government services during the fourth quarter.

KBR is shifting away from the oil and gas industry to transition into government contracting. As of this writing, 70 percent of KBRs business is in the GovCon sector.

In addition, Sopp has been influential regarding KBR’s expansion into the space sector. During an interview with ExecutiveBiz, Sopp explained that the U.S. government’s renewed interest in human space exploration and the convergence of military, civilian and commercial space capabilities from a national security perspective is vital.

“We have positioned our business to be a thought leader and contracting leader in that area. Our strong presence in NASA will also help bring all the components together for the next phase of technology that we expect to be deployed into space within the next several years,” Sopp said.

Sopp joined KBR as the CFO in late 2016. Previously, he served as CFO and executive vice president for Leidos Holdings, formerly the Science Applications International Corporation (SAIC), between 2005 and 2015. He also spent seven years as SVP and CFO of the Titan Corporation, eight years as the director of International Controller for the Taylor Made Golf Company and was the senior auditor for Arthur Andersen and Co. for three years.

The Wash100 Award, now in its sixth year, recognizes the most influential executives in the GovCon industry as selected by the Executive Mosaic team in tandem with online nominations from the GovCon community. Representing the best of the private and public sector, the winners demonstrate superior leadership, innovation, reliability, achievement and vision.