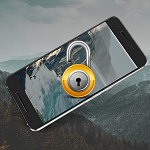 Spinks told attendees at an Advanced Technology Academic Research Center event that the Marine Corps intends to increase visibility in its networks to identify all of its connected devices and implement automation. She added that consolidating data centers and networks will help the corps better visualize its digital ecosystem.

“We worked with industry to get some commercially available tools in-house to put the standards to work,” she noted.