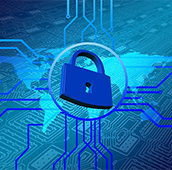 Valeriano told attendees at the 2019 CyberCon that the departments of Homeland Security, State, Defense and Justice as well as the intelligence community need to promote a whole-of-government strategy and establish metrics for analyzing changes in adversary behavior as part of the "defend forward" effort.

"We don’t have clear adjudication of authorities and overlapping goals and missions,” he said.

Emily Goldman, a member of the State Department's policy planning staff, noted that her department has been launching efforts to strengthen relationships with foreign allies to establish a network in support of the U.S. Cyber Command.

“There’s a recognition that it is complementary to the DoD’s strategy of defend forward because essentially those activities help to reinforce and demonstrate our support for the norms that we want to see become accepted in the international community,” she said.