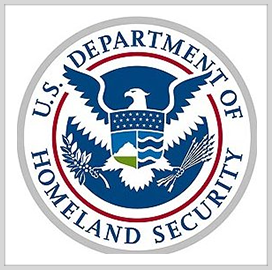 The Government Accountability Office has advised the secretary of the Department of Homeland Security to build an oversight process that can validate if program objectives are met and updated in line with the agency's Schedule Assessment Guide.

GAO added that the DHS secretary should drive the undersecretary of the department to modify the schedule development guidance within the Systems Engineering Life Cycle Guidebook to clarify that an integrated management schedule has to be used as a basis in the creation of schedule goals, the government watchdog said Thursday.

The agency found that 25 out of 27 DHS programs were carried out on schedule and have met cost requirements in August. However, the report cited that some of these programs may not meet their objectives in the future.

"Traceability, which is called for in DHS policy and GAO scheduling best practices, helps ensure that program goals are aligned with program execution plans, and that a program's various stakeholders have an accurate and consistent understanding of those plans and goals," said GAO.

According to GAO, DHS seeks to invest over $10B in various procurement initiatives to reinforce the performance of missions.