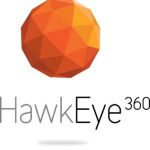 The company will perform assessments, demonstrations and analysis to validate that commercial RF survey, ordering, cataloging and data products can integrate into NRO’s architecture.

"This award from the NRO will further our efforts to make our RF data readily accessible to serve the U.S. government," said John Serafini, Chief Executive Officer, HawkEye 360. "We believe our satellites can complement traditional government systems, introducing a commercial signals capability that is easy to access and share in support of mission needs."

HawkEye 360 was the first commercial company to use formation flying satellites to create a new class of radio frequency data analytics. The company has launched three satellites to identify and geolocate a range of RF signals across the globe in Dec. 2018.

HawkEye 360 is a Radio Frequency (RF) data analytics company. We operate a first-of-its-kind commercial satellite constellation to identify, process, and geolocate a broad set of RF signals. We extract value from this unique data through proprietary algorithms, fusing it with other sources to create powerful analytical products that solve hard challenges for our global customers.

Our products include maritime domain awareness and spectrum mapping and monitoring; our customers include a wide range of commercial, government and international entities.