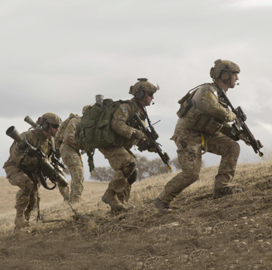 The U.S. military buildup in the Middle East started in May driven by a series of attacks in the region linked to Iran and officials said President Trump is expected to decide on the new deployments as early as December.

The report said the additional troops could double the number of service personnel sent to the region since May and could serve as a deterrent against Iran’s possible retaliation for economic sanctions imposed by the administration.

John Rood, senior policy official at the Department of Defense, said although no decision has been made on the expanded deployment, the situation is expected to stay fluid. “Deterrence is dynamic, our response is going to be dynamic,” he added.