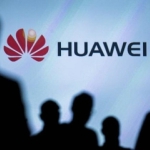 Sources said the Department of Commerce and other agencies plan to expand the De minimis Rule and the Direct Product Rule. The first rule helps determine whether U.S. technology in foreign-made goods provides the government authority to stop shipments, while the latter policy subjects to U.S. regulations foreign products that are based on U.S. technology.

In May, Commerce decided to put Huawei on its trade blacklist due to national security concerns.

The government’s consideration of the expansion of such policies came days after the department moved to renew Huawei’s temporary general license. The Trump administration also issued Wednesday about 75 licenses to permit some suppliers to resume sales to the Chinese firm.