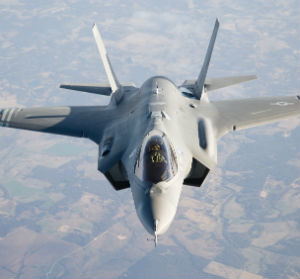 A U.S. Army-owned system demonstrated the use of U.S. Air Force F-35 aircraft as sensors for air and missile defense in multi-domain operations.

The company provided equipment, such as an IBCS adaptation kit, in support of the experiment.

“This test validated the F-35’s capability to serve as an airborne sensor and extend the range of critical Integrated Air and Missile Defense interceptors,” said Greg Ulmer, a Lockheed Martin vice president who also serves as the F-35 program’s general manager.