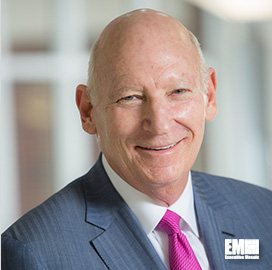 Richard Tanenbaum, CEO of Gardner Tanenbaum Holdings (GTH), has announced the sale of the Boeing Oklahoma City campus to OKC Aerospace 1, LLC for $124.7 million, the company reported on Thursday.

The sale was put in effect on Jan. 7, 2020, and marks one of the largest commercial real estate transactions in Oklahoma City history. The transaction comprises the entire Boeing OKC campus, which includes three office buildings.

"GTH has developed more than one million square feet of aerospace real estate in Oklahoma," said Tanenbaum. "I continue to anticipate a bright horizon for the Oklahoma aerospace industry. Substantial investments from the west coast, such as this transaction, show that the nation is taking notice of the aerospace industry's dynamic growth in our state."

Tanenbaum purchased the campus for Boeing in 2007, he developed the three buildings specifically for Boeing between 2007 and 2012. The investment now accommodates over 3,100 Boeing employees and contractors across its 33.25 acres.

Additionally, Boeing has modernized weapon systems used on the U.S. Air Force’s B-1 Lancer and B-52 Stratofortress bomber platforms and will continue the work on campus after the transaction.

The company is one of the largest real estate developers in the region and manages over one million square feet of multifamily properties, six million square feet of industrial and office space and has an inventory of over two hundred and fifty acres of strategically placed land holdings for development. With strong leadership and a diversified portfolio, GTH builds Class "A" properties with long-term value for their clients and the communities they serve.