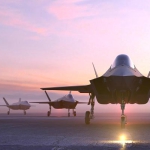 The congressional watchdog reviewed commercial companies’ efforts to address reliability and found that the firms emphasize reliability with their suppliers or contractors in addition to adopting the three key practices.

GAO also examined seven acquisition programs at the Department of Defense and discovered that such programs did not consistently implement the key reliability practices and often focused on cost and schedule.

“In an environment emphasizing speed, without senior leadership focus on a broader range of key reliability practices, DOD runs the risk of delivering less reliable systems than promised to the warfighter and spending more than anticipated on rework and maintenance of major weapon systems,” GAO said in the report.