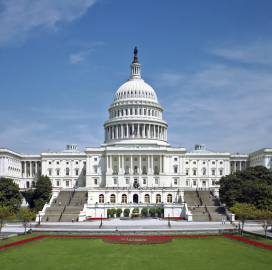 The Senate on Thursday voted 55-45 to pass a bipartisan resolution that would limit President Donald Trump’s ability to take military action against Iran without congressional authorization, NPR reported Thursday.

"The resolution just says no war with Iran, unless you come and make that case to Congress. And if you make the case to Congress, in front of the American people, and we all have the discussion, ask the tough questions and conclude, sadly, it's in the national interest, that's one thing," Sen. Tim Kaine (D-Va.), the legislation’s sponsor, told the publication. "But if we're not even willing to have that discussion, we shouldn't be forcing people to risk their lives."

The war powers resolution includes a provision that would allow the president to launch offensive strikes to defend the country against an imminent attack. The resolution was in response to the president’s decision to launch a U.S. drone strike in January that resulted in the death of Qassem Soleimani, a top Iranian general.

The House has indicated that it could approve the upper chamber’s version of the measure, while the president said he would veto the resolution.