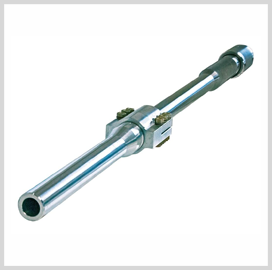 The Department of Homeland Security's science and technology directorate partnered with the FBI to provide first responders with a water cannon technology designed to handle improvised explosive devices.

Developed through the Response and Defeat Operations Support program, the Reverse Velocity Jet Tamper works to neutralize IEDs by releasing a stream of high-velocity liquid from a distance, DHS said Tuesday.

DHS S&T aims to address reverse velocity gradient issues and optimize first responder capacities through RevJeT. The team validated the technology's specifications and tested the prototypes in the field prior to their delivery.

“There is an exponential drop-off in performance with distance as you move a disruptor away from a bomb, but not with ReVJeT,” said Ian Vabnick, supervisory special agent at FBI.

The REDOPS initiative is established to create a collaborative framework that will respond to IED response concerns determined by the National Bomb Squad Commander's Advisory Board.