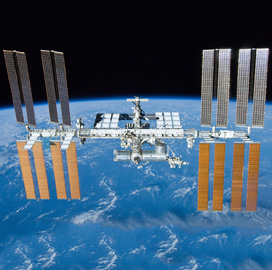 The Expedition 62 crew performed a set of different biology research experiments at the International Space Station and supported preparations for the facility's next crew members.

Morgan tested how microgravity affects the genetic expression of mice in space. His research may help humans determine how to survive longer space exploration missions.

Meir trialed the use of a bioprinter that NASA intends to use for in-space food and medicine production. The bioprinter is under testing to produce human organs. Lastly, Skripochka supported a study on ISS' ergonomic factors.

The astronauts also read characters on a computer-based vision chart as doctors on Earth supervised a vision test for the three.

Morgan, Meir and Skripochka also prepared life support equipment and computers for a launch in April where astronaut Chris Cassidy and cosmonaut Ivan Vagner will travel to ISS.