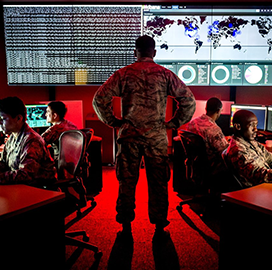 Lt. Col. Jason Rossi, commander of the U.S. Air Force’s 595th Strategic Communications Squadron, has said that the unit was “swift in providing direction and guidance” to ensure continued nuclear command-and-control operations amid a pandemic.

According to Rossi, the ongoing public health crisis helped the squadron reevaluate what it means to conduct “mission-critical” operations. He added that like the medical workers in the frontlines, airmen also work to ensure that the nation's nuclear arsenal has the capacity to deter adversaries.

“I am fortunate to have an amazing leadership team, who took time prior to the crisis to brainstorm and put plans in place to ensure we could operate safely and efficiently during the crisis,” said Rossi.

“As the situation progresses, we continue to refine processes, analyze workflows and make adjustments to cope with what could potentially be a long-lasting threat," he added.