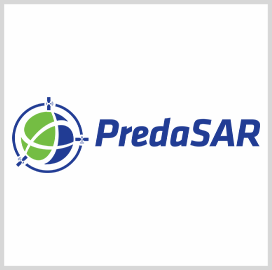 "We are thrilled to welcome all three generals to the Board," said Marc Bell, PredaSAR Chairman and Co-Founder. "With their combined legacies of trusted and strong leadership, and their combined century of experience with the United States Air Force, they will no doubt deliver tremendous knowledge, industry insight, and the ability to leverage many new and exciting opportunities within the aerospace sector."

Shelton will bring ample expertise in space technologies to PredaSAR’s board. As commander of the Air Force’s Space Command, he ensured mission-ready space and cyberspace forces and capabilities for NORAD, U.S. STRATCOM and other global commands.

Shelton also supervised network operations, managed a global network of satellite command and control, communications, missile warning and space launch facilities and space system development and acquisition. He is currently an independent consultant and a Member of the Board of Directors for Airbus United States Space and Defense Inc, Colorado Thirty Group and Voyager Space Holdings.

In Newton’s career with the Air Force, he served in a variety of high-ranking leadership roles, retiring as assistant vice chief of staff and director for the Air Staff at the U.S. Air Force Headquarters. Currently, he serves as managing partner of Pioneer Partnership Development Group, a director with USAA Mutual Fund Trust and Victory Capital Management.

"PredaSAR will address an ever-increasing need for 24/7 actionable, earth observation data, to government and commercial customers. To do so, PredaSAR has been carefully and strategically developing the best of the best commercial SAR satellite system, along with retaining the best and most trusted talent," said Newton.

Raaberg holds the position of executive vice president of the Air Force Association, where he guides the strategic direction for professional military and aerospace education within the nation.  Throughout his career, Raaberg has proven his success in business and defense.

He will bring his knowledge of transforming vision into strategy to deliver innovative results to PredaSAR.  With the Air Force, he led the most advanced air, space and cyber operations in support of the United States, NATO and other international forces in Iraq, Afghanistan and the Horn of Africa.

Raaberg also has extensive experience in international military affairs, where he has supervised regional operations as the Deputy Director of Operations for U.S. Central Command. In his most recent international position as chief executive of Northrop Grumman in the United Arab Emirates, he managed a new multi-national office that integrated a $500 million portfolio of four corporate sectors into a country-focused effort.

"Speaking on behalf of all three of us, we are proud and excited to be associated with PredaSAR, and to help guide the company going forward," added Newton.

Founded in 2019 and headquartered in Boca Raton, Florida, PredaSAR Corporation is building and will operate the world's largest and most advanced commercially operated Synthetic Aperture Radar (SAR) satellite constellation and ground network providing customized solutions to both government and commercial clients.