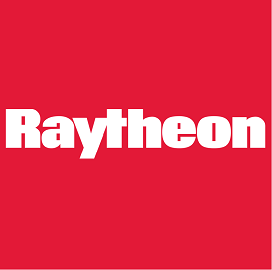 Raytheon, the National Radio Astronomy Observatory (NRAO) and the Green Bank Observatory (GBO) have entered into a cooperative research and development agreement to detect and characterize near-earth asteroids large enough to cause significant damage, the company announced on Tuesday.

The NRAO and the GBO are facilities of the National Science Foundation, operated under cooperative agreement by Associated Universities, Inc.

"Very energetic dusty asteroids…don't reflect sunlight very well, and that makes them incredibly difficult, if not impossible to detect in our solar system…We're collaborating with the NRAO to combine radio astronomy and radar techniques to bring new capabilities to the astronomical community to solve problems like this," said Art Morrish, vice president of Raytheon Advanced Concepts and Technologies.

The collaborative agreement will provide new technologies to expedite the detection process. Raytheon will help integrate a radar transmitter into the Green Bank Telescope (GBT) and use the National Science Foundation's Very Long Baseline Array (VLBA) as a receiver to support a detailed radar image.

The GBT and the VLBA will each point at the same celestial body and conduct radar experiments. The new approach will increase the probability of detection and characterization of objects out to the orbit of Jupiter and beyond.

Currently, objects around Mars have been difficult for scientists to detect. Jupiter is over 360 million miles further from Mars. With the partnership, research and technology collaborations will allow deep space exploration will continue to benefit knowledge of space and human’s ability to make discoveries within it.

Raytheon Company (NYSE:RTN), with 2019 sales of $29 billion and 70,000 employees, is a technology and innovation leader specializing in defense, civil government and cybersecurity solutions. With a history of innovation spanning 98 years, Raytheon provides state-of-the-art electronics, mission systems integration, C5I® products and services, sensing, effects, and mission support for customers in more than 80 countries.