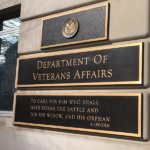 The Department of Veterans Affairs’ Inspector General is recommending the VA to reevaluate its timeline for electronic health records deployment and staff training to prevent operational issues during the scheduled go-live date.

The VA Office of the IG issued a report on EHR transition efforts at the VA’s Mann-Grandstaff Medical Center in Spokane, Wash., which was initially designated as the first Veterans Health Administration institution to implement an updated Cerner-built EHR system. Operations through the new system were originally slated to go live on March 28 before it was postponed.

According to the report, the center decreased its productivity by 30 percent throughout a two-year transition period and facility leaders were unable to receive guidance on addressing potential productivity losses.

In addition, Cerner and the VA Office of EHR Modernization identified system features such as online prescription refills that would not be accessible on the go-live date. Facility administrators also identified 62 systems that are likely to be unavailable and were slated to enact up to 84 mitigations to address such risks, the report states.