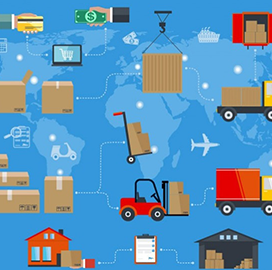 Lewis noted that DCMA is increasing progress payment rates to 90 percent and 95 percent for large firms and small businesses, respectively. The move has generated over $3.3 billion in the defense industrial base, he said.

"There are about 1,500 contracts that [DCMA] pays every couple of weeks based on the progress that they've done," added Lewis. "They don't have to deliver a product. It's such an expensive thing that we pay them incrementally as they build it."

Lewis’ comments come after Ellen Lord, undersecretary of defense for acquisition and sustainment and fellow four-time Wash100 Award winner, announced that the Department of Defense (DoD) is monitoring the industrial base to ensure their capacity to “maintain readiness and drive modernization".

According to Lord, the DoD is working with prime contractors in efforts to accelerate supplier payments. She also commended Lockheed Martin in its efforts to expedite $450 million in payments to the company's supply chain.