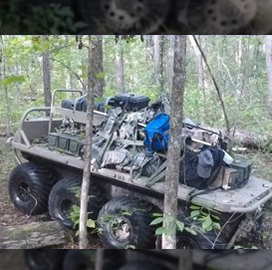 The U.S. Army intends to select a contractor for the production of robotic mules that will work to assist light infantry units in transporting warfighter equipment. The service branch said Thursday that it envisions the robotic mules to operate up to 60 miles in 72 hours and carry 1,000 pounds of cargo as part of the Small Multipurpose Equipment Transport program.

The Army expects to procure 624 robotic mules by 2024 and has unveiled plans to deploy S-MET systems in the second quarter of fiscal year 2021. The military service has also issued requests for information to seek inputs on modular mission payload technologies.