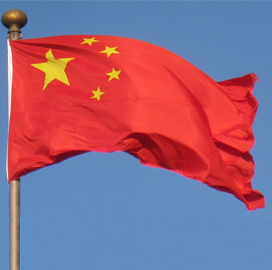 Portman’s office said Tuesday that the Permanent Subcommittee on Investigations (PSI) report found that FCC had “little to no oversight” of Chinese government-owned telecom providers that operated in the U.S. since the 2000s. Portman is PSI’s chairman while Carper serves as a ranking member.

“Our bipartisan report reveals how little oversight has been done of Chinese telecommunications carriers that operate here in the United States,” said Sen. Carper. “The work Senator Portman and I have done at PSI over the years has revealed how the Chinese government has launched cyber-attacks against our businesses and government agencies and worked to get ahead militarily and economically with stolen American research and intellectual property."

PSI conducted a yearlong investigation of FCC and the "Team Telecom," an informal group comprised of officials from the Departments of Justice, Homeland Security, and Defense, following reports that China routinely enacted cyberattacks and exploited the U.S. education and scientific research sectors.

The Chinese government largely exercises control over its telecom industry and engages in espionage through the firms’ access to U.S. physical and logical network control points, according to Portman and Carper’s report.

The report recommends the FCC to establish clear procedures for revoking authorizations for foreign carriers and the Trump administration to provide sufficient resources and statutory authorities to Team Telecom.