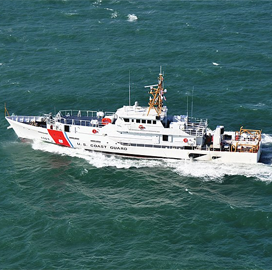 The U.S. Coast Guard (USCG) is planning to update its fast response cutters (FRC) to a Sentinel-class configuration by the end of the year or in early 2021, National Defense Magazine reported Monday.

Adm. Karl Schultz, commandant of the Coast Guard, said at the Sea-Air-Space conference that USCG’s FRC program is “on schedule and on budget” despite having no new procurement funding in President Trump’s fiscal 2021 budget request.

The budget only covers FRC technical support, post-delivery and government-furnished assets, according to the publication. Schultz noted that while the Coast Guard intends to keep FRC plans on the table, it will first prioritize efforts to reallocate funding for other programs such as aviation capabilities and polar security cutters.

“As a federal agency within a department, you sort of have to work to a topline. So as we made our choices this year, we took a pass on asking for FRCs in ’21,” he added. The Coast Guard plans to deploy 58 FRCs for U.S. missions and six of the vessels to replace its Island-class overseas patrol boats currently in Bahrain.