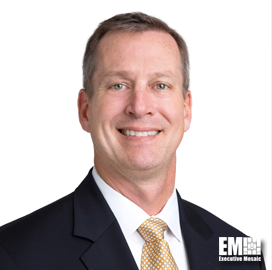 Cubic Corporation has announced that Cubic Defence U.K., which operates within the company’s Cubic Global Defense (CGD) business division, was awarded a three-year contract, valued over $35 million, to continue its support for the training of the British Army, Cubic announced on Monday.

“We value our longstanding partnership with the British Army and we are pleased to continue our training support,” said Mike Knowles, president of Cubic Global Defense. “This contract award extends the work we have accomplished together to effectively advance the British Ministry of Defence training experience and standard.”

Under the contract, Cubic will support and repair the Area Weapons Effects Simulator (AWES) System at Salisbury Plain Training Area (SPTA) in the United Kingdom and at British Army Training Unit Suffield (BATUS) in Alberta, Canada.

In addition, the system will advance nuclear, biological and chemical weapons. AWES will also track and monitor the actions and positions of more than 1,400 individual soldiers and 250 vehicles using GPS technology, records hits, kills and near misses of small-arms fire with Cubic’s Multiple Integrated Laser Engagement System (MILES) technology.

The system will recreate combat exercises for post-mission analysis. The contract will add to Cubic’s long history of supporting the system and defense division. The company developed and installed the AWES system under a contract awarded in 1998.

Cubic’s installation work was completed at the Salisbury Plain training area in late 2002 and the following year at BATUS training area that the British Army leases from the Canadian government for combat exercises.

Cubic is a technology-driven, market-leading provider of integrated solutions that increase situational understanding for transportation, defense C4ISR and training customers worldwide to decrease urban congestion and improve the militaries’ effectiveness and operational readiness.

Our teams innovate to make a positive difference in people’s lives. We simplify their daily journeys. We promote mission success and safety for those who serve their nation.