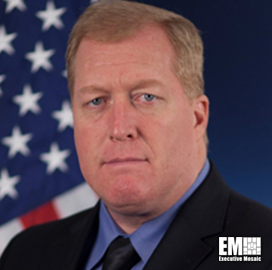 Thomas told the publication in an interview that DARPA plans to establish a subconstellation of satellites in low-Earth orbit that will serve as part of the mesh network by 2021 or 2022. He noted that the agency is “tying up all the loose ends” of its phase one contract and studying its options after evaluating technical risks.

“As we identify those, we’ve actually been able to put together using commercial approaches the ability to bring new technology and get it integrated and into space in months or a year’s time instead of years,” said Thomas.

He added that DARPA is on track to launch the Mandrake 1 small satellite later this year ahead of Mandrake 2’s launch in coordination with the Space Development Agency. DARPA is scheduled to launch two more missions named Wildcard and Sagittarius-A early next year, according to Thomas.

In May 2020, the agency announced plans to launch Blackjack ahead of a rideshare mission next year. DARPA awarded satellite and payload construction contracts to Blue Canyon and SA Photonics for Blackjack earlier this month.