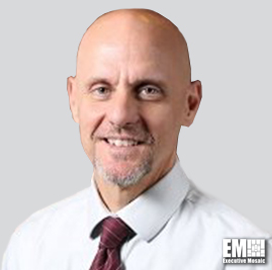 "These data are the result of an important cross-government effort," said FDA commissioner Stephen M. Hahn, M.D. "There's been incredible teamwork across scientists at the FDA, NCI, CDC and BARDA and I'm glad to be sharing the data with the wider research community. By posting these data publicly, we're advancing not only Americans' access to trustworthy tests, but also the wider field of research into serology testing."

Through the collaboration of FDA, NIH, Centers for Disease Control and Prevention (CDC) and Biomedical Advanced Research and Development Authority (BARDA), the team released the first round of results.

An intergovernmental team will leverage NCI's capability for the federal government to independently evaluate certain antibody tests, including antibody tests that were not the subject of an EUA or pre-EUA, as well as those that were under FDA review. The FDA has shared data from four additional tests.

The testing was performed at the Frederick National Laboratory for Cancer Research to evaluate serological tests. NIH National Institute of Allergy and Infectious Diseases provided reference samples and materials used in the evaluation. Other contributors include the Mount Sinai Health System, the Icahn School of Medicine at Mount Sinai, members of the Departments of Microbiology and Pathology and the Vitalant Research Institute.

"We're pleased to step up and provide NCI's laboratory capacity and expertise to support this crucial partnership to further our understanding of antibody test performances," said NCI director Norman Sharpless, M.D. "This speaks to the terrific convening power of the federal government and highlights the strength of cross-agency collaboration within the Department of Health and Human Services. NCI will continue to play its part by examining these kits and generating important data that supports FDA's decision-making."

The FDA, an agency within the U.S. Department of Health and Human Services, protects the public health by assuring the safety, effectiveness, and security of human and veterinary drugs, vaccines and other biological products for human use, and medical devices. The agency also is responsible for the safety and security of our nation's food supply, cosmetics, dietary supplements, products that give off electronic radiation, and for regulating tobacco products.