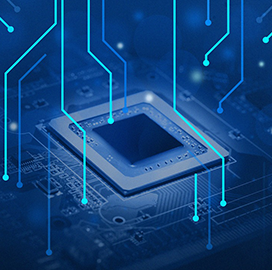 The Government Accountability Office (GAO) has said that quantum technology could significantly help the military in a range of applications such as sensor-based navigation and communication.

GAO said in a blog post published Thursday that sensors built on quantum physics—the behavior of the smallest particles of matter or energy—could be used to improve the precision of aircraft navigation systems. Such systems enable pilots to identify the speed and location of other aircraft if an adversary blocks their GPS signals, GAO noted.

In addition, quantum technology can be used for secure communications through a feature called superposition which allows particles to be in multiple states simultaneously. Superposition enables quantum computers to rapidly solve equations to support advanced encryption techniques, the watchdog noted.

However, GAO noted that quantum research poses challenges such as the need for extreme environments with near-absolute zero temperatures to maintain units of data called qubits.

“Once these are overcome, we still won’t understand how small particles do things that seem impossible,” the agency said. “But we will have used these impossible behaviors to build practical—and potentially transformative—technologies.”