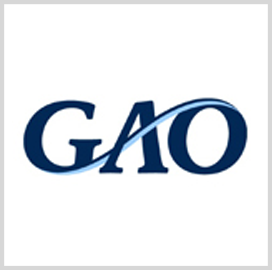 The Government Accountability Office (GAO) has released a report, noting that agencies spent more on procurement in fiscal 2019 than in any of the previous 10 years, the office reported in May 2020. The report stated that agency spending on multiple award contracts for IT and services increased from over the last year.

The Department of Defense (DoD) has accounted for $381 billion, while civilian agencies spent $205 billion. GAO said agencies procured 83.5 percent of all contracts competitively, which is significantly increased from 64.4 percent in 2015.

GAO found the Pentagon’s rate dropped to 53.8 percent in 2019 from 55.4 percent in 2015, as DoD remains competitive. The majority of contracts continue to be fixed price, while cost reimbursement type contracts make up just under 32 percent of all procured work.

Given the increase in overall spending, multiple award contracts (MAC) reached its peak in 2019. GAO also noted that, while MAC spending obligations increased in 2019, the share of overall government spending remained at about 23 percent. DoD’s MAC spending is increasing more than civilian.

Potomac Officers Club will host its 2020 Procurement Virtual Forum on Tuesday, June 9th. This is your last chance to register for the event. Click here to register for this pivotal event that is set to feature a handful of the most influential executives to procurement in this industry.

Soraya Correa, chief procurement officer at the U.S. Department of Homeland Security (DHS), will serve as a keynote speaker at the virtual forum. She will address the 2020 budget,  procurement priorities, and both short term and long term strategies, moving forward.

Correa will be joined by Julie Dunne, commissioner of the Federal Acquisition Service with the U.S. General Services Administration (GSA), Kim Herrington, acting principal director of Defense Pricing and Contracting with the Department of Defense (DoD), and Jim McAleese, GovCon Expert and principal and owner of McAleese & Associates.

Register here to join Potomac Officers Club for its 2020 Procurement Virtual Forum on June 9th to learn about the modernization efforts, collaboration with public and private sector leaders, and what industry can do to help.