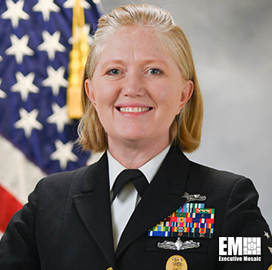 She succeeds Chief Master Sgt. Benjamin Higginbotham of the U.S. Air Force in the role, the Department of Defense said Tuesday following an announcement from the Office of the Senior Enlisted Advisor to the Chairman of the Joint Chiefs of Staff.

Nunley will operate from Joint Base Anacostia-Bolling in Washington, D.C., as DIA's new senior enlisted leader.

The naval intelligence expert supported multiple U.S. Navy operations such as those aboard the USS Theodore Roosevelt aircraft carrier and the USS Bonhomme Richard amphibious ship.