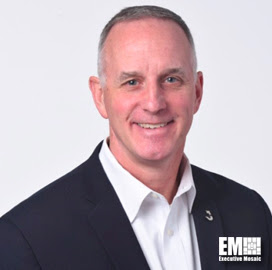 Jacobs, the managing partner for Jacobs-Russell Team, was selected under a $3 billion expansion program to support the Metropolitan Atlanta Rapid Transit Authority (MARTA), the company reported on Wednesday.

"This contract symbolizes a renewed commitment to that investment and is an historic win, not only for the joint venture team, but for the Atlanta region," said Jacobs People & Places Solutions senior vice president and regional director Tom Meinhart.

"For more than 40 years, the City of Atlanta and Clayton, DeKalb and Fulton counties have invested in transit in the Atlanta region," Meinhart added.

The Jacobs led team will be responsible for the standardization of project management processes and will handle quality assurance and project resources, including planning, monitoring and performance measurements. The project will potentially create more than six thousand jobs and employ 15 subcontractors, 13 of which are either minority-owned, women-owned or small business enterprises.

MARTA general manager and CEO Jeffrey Parker explains, "The centralized project management model lends itself to efficiency… With the expertise and vision the Jacobs/Russell Team brings, we are confident that this historic expansion will be delivered efficiently and will make sense in the local and regional context."

The More MARTA Atlanta plan is designed to improve transit services in historically underserved communities, increasing access to employment centers throughout the city of Atlanta.

In addition to strengthening the city’s economic vitality, More MARTA Atlanta will address metro Atlanta’s transportation needs amid a growing and evolving population. The Atlanta Regional Commission (ARC) has anticipated that by 2040, the region will see an influx of 2.5 million new residents.