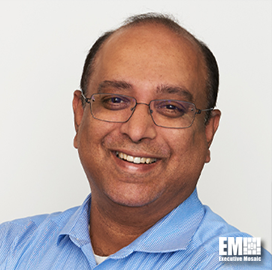 Pavilion Data Systems has announced that Sony Innovation Studios Inc., a division of Sony Pictures Entertainment (SPE), will integrate Pavilion’s storage array as part of an easy to use, scalable and dense solution to support high speed protocols, the company reported on Wednesday.

“Pavilion's Hyperparallel flash array allowed us to easily meet these demands while future proofing our storage infrastructure for the next generation workflows,” said Michael Pearce, manager of Production Systems, Sony Innovation Studios. “The combination of performance due to parallelism, operational simplicity and density is unmatched in the industry.”

Sony Innovation Studios selected Pavilion storage as the high-performance storage solution in its unified use case for volumetric capture, a performance and latency application essential for the rendering of 3-D virtual and mixed environments. The deployment is in partnership with Alliance Integrated Technologies and Pixit Media, who worked closely with Sony Innovation Studios to map out the entire solution.

“The clear core to this solution was the combination of Pixit Media’s PixStor solution and the Pavilion Hyperparallel Flash Array, with support for the latest in high speed ethernet protocols such as RDMA over Converged Ethernet (RoCE) direct to the Linux host, cloud migration with Ngenea and an underlying software defined storage architecture, this solves the core infrastructure challenges,” said, Billy Russell, chief technology officer (CTO) of Alliance IT.

The Pavilion Hyperparallel Flash Array (HFA) has offered a high performing array, with the lowest consistent and predictable latency, unmatched density, linear scalability and an affordable price. The HFA will also provide functionality and a continuation of Pavilion’s inroads in this vertical.

“Working with partners at Pixit Media and Alliance IT to develop the best of breed solution for Sony Innovation Studios was an extreme pleasure. We look forward to replicating this solution for other major studios that are implementing Volumetric Capture and other M&E workflows which demand the unmatched performance and extremely low latency our combined solution offers,” said VR Satish, CTO and co-founder, Pavilion Data Systems.

Pavilion Data Systems is the leader in the third wave of storage, delivering unmatched performance, density, and ultra-low latency at scale, without the cost and complexity of traditional storage. Pavilion enables global customers to shatter expectations today, tomorrow, and beyond by deploying storage solutions that scale linearly utilizing NVMe and NVMe-oF technology.