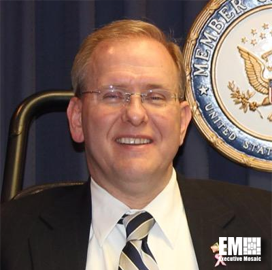 Rep. Jim Langevin, D-R.I., has said that a national cyber director at the White House is crucial to ensuring that federal agencies are taking appropriate measures to defend their systems, Fifth Domain reported Saturday.

Langevin, a commissioner on the Cyberspace Solarium Commission, said at recent German Marshall Fund webinar that the commission’s recommendation for a national cyber head can help prevent major cyber breaches like the attack on the Office of Personnel Management’s systems in 2014.

According to Langevin, there could be some challenges with approving the cyber director position after the White House eliminated the post in 2018.

“You have all these different departments and agencies — cybersecurity is not their primary mission,” he noted.

The Senate-confirmed national cyber director would be responsible for cyber-related budgetary and policy concerns across federal agencies. The position also entails the execution of a national cyber strategy, crisis response and defensive cyber activities, according to the report.