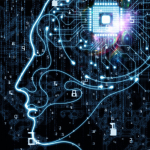 Sens. Rob Portman, R-Ohio, and Martin Heinrich, D-N.M., have introduced a bill that aims to fortify the artificial intelligence workforce at the Department of Defense.

The Artificial Intelligence for the Armed Forces Act, a bipartisan bill, would require DoD to create and implement a program for AI training and certification, Portman's office said Tuesday.

The bill would also task the secretary of defense to implement guidance on AI talent capture via direct-hire authority, and receive direct reports from the Joint AI Center's director.

“The American military should utilize every tool available, including artificial intelligence, to carry out its mission," Portman said.

The bill builds on the National Security Commission on AI's recommendations issued in March.

Portman and Heinrich both serve in the Senate AI Caucus.