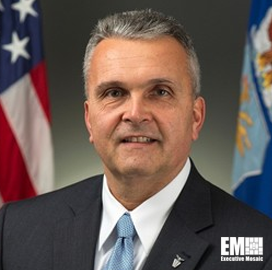 Shawn Barnes, a member of the senior executive service at the office of the assistant secretary of the U.S. Air Force for space acquisition and integration, said an upcoming report will ask Congress to authorize the Space Force to move funding between programs, National Defense reported Tuesday.

Barnes said one of the recommendations in the “Alternative Acquisition System for the United States Space Force” report seeks to consolidate budget line items along portfolios to facilitate reallocation of funds.

“We're not talking about, ‘How do I move, you know, a billion dollars … five years from now?’” he said Tuesday during a video teleconference hosted by the Air Force Association’s Mitchell Institute for Aerospace Studies. “We're talking about within year of execution, how can we move money within a portfolio to be able to take care of problems that were unforeseen and particularly you can do that from those programs that are performing extraordinarily well?”

Barnes said the service wants to be transparent with Congress by having a discussion with lawmakers on what is a reasonable number of budget line items and that the report also assesses resources and requirements aside from acquisition.

“It looks across acquisition and requirements and resources because we believe that all three of those are integrally tied to capability development,” Barnes said of the report. “That's really where our challenges were.”

An interim version of the report, which was mandated by the fiscal 2020 National Defense Authorization Act, was submitted to Congress in May.