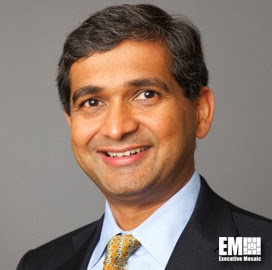 Siemens Healthineers has announced that the U.S. Food and Drug Administration (FDA) has issued an Emergency Use Authorization (EUA) for its laboratory-based total antibody test to detect the presence of SARS-CoV-2 antibodies including IgM and IgG in blood, Siemens reported on Monday.

Siemens noted that test data demonstrated 100 percent sensitivity and 99.8 percent specificity. The total antibody test will allow for identification of patients who have developed an adaptive immune response, which will indicate recent infection or prior exposure.

Testing will begin immediately. Siemens has shipped more than one million tests to health systems and laboratories. A spike protein on the surface of the SARS-CoV-2 virus will enable the virus to penetrate and infect human cells found in multiple organs and blood vessels.

“The test targets both IgM and IgG antibodies, which allows for early identification of individuals infected with the virus who have developed an immune response, even if they were asymptomatic or never diagnosed with the disease,” Nath added.

Tests with high level of specificity yield low false positive rates, which is highly desirable especially when prevalence of disease is low. For example, a test with 99.8 percent specificity, in populations with low disease prevalence (e.g., 5 percent), will yield a positive predictive value (PPV) of 96.5 percent.

In other words, 96.5 people in 100 testing positive will truly have antibodies. This number only goes up as the disease prevalence increases; for example, in communities with 10 percent of disease prevalence, this test would yield a PPV of 98.3 percent, meaning that 98.3 people in 100 people with positive tests results have antibodies. High-quality antibody testing is vital to accurately assess the prevalence of disease, which varies across the U.S.