US Releases Indictment on North Korea’s Illegal Transfer of Payments Totaling $2.5B 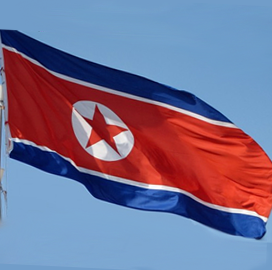 U.S. prosecutors have filed an indictment against more than 30 individuals that allegedly helped North Korea process $2.5 billion in illegal payments through 250 front companies since 2013, the Wall Street Journal reported Thursday.

The indictment, which was made public last week, states that North Korea’s Foreign Trade Bank conducted covert operations in countries such as Russia, China, Austria and Thailand to transfer U.S. dollars on behalf of North Korean entities. U.S. authorities have seized $63 million in illegal funds from October 2015 through January 2020, according to the indictment.

In 2013, the Department of the Treasury sanctioned North Korea's foreign-exchange bank as part of efforts to minimize the country’s activities related to the development of ballistic missiles and other weapons of mass destruction.