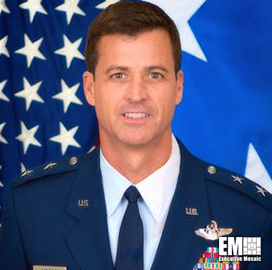 He will also receive a promotion to lieutenant-general as he remains at Fort George G. Meade in Maryland for his new assignment, the Department of Defense said Tuesday.

Moore joined USAF in 1989 and went on the fill pilot, officer and instructor roles at Nellis Air Force Base in Nevada.

He commanded airmen for operations in Italy and Iraq, and his leadership experience also included work for Nellis AFB's 57th Wing and Shaw AFB's 20th Fighter Wing. The tenured pilot holds over 3K hours of flight experience in F-16 aircraft.

Moore began his tenure with USCYBERCOM in 2017 to assume his current position. He received education on cybersecurity policy at the Harvard Kennedy School of Government.