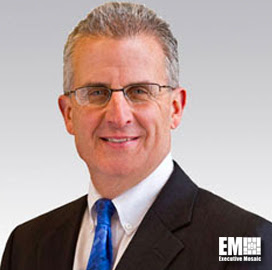 AAR has elected Robert Leduc, retired president of Pratt & Whitney, to its Board of Directors, making him the 13th director to join the Board, AAR reported on Tuesday.

"Bob brings significant industry and leadership experience as well as a deep knowledge of the aviation market from his time at United Technologies," said John Holmes, president and chief executive officer of AAR.

Most recently, Leduc served as president of Pratt & Whitney from Jan. 2016 to 2020. Previously he served in a number of senior executive roles for more than 38 years at United Technologies Corporation, including president of Sikorsky Aircraft.

He began his career in aerospace engineering at Pratt & Whitney, serving in a variety of senior leadership roles in program management, strategy and customer support. He was named senior vice president of Engine Programs & Customer Support in 1995.

"We are very pleased to welcome Bob to our Board of Directors and look forward to his contributions,” added Holmes.

AAR is a global aerospace and defense aftermarket solutions company with operations in over 20 countries. Headquartered in the Chicago area, AAR supports commercial and government customers through two operating segments: Aviation Services and Expeditionary Services.