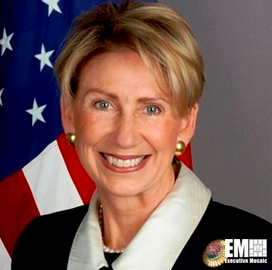 The Department of the Air Force has released a strategy on how to support the National Defense Strategy through unique functions in the Arctic region. The strategy would focus its efforts in alignment with inter-domain vigilance, combat-credible power projection, cooperation with allies and Arctic operational preparations, the U.S. Air Force said Tuesday.

“The Arctic is among the most strategically significant regions of the world today – the keystone from which the U.S. Air and Space Forces exercise vigilance,” said Barbara Barrett, secretary of the Air Force, who revealed the strategy the same day.