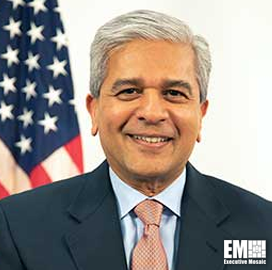 Anil Cheriyan recently discussed the challenges, priorities and innovations within the technology sector on Friday. He announced that he would leave his role as deputy commissioner of the Federal Acquisition Service (FAS) deputy commissioner and director of Technology Transformation Services (TTS) at the General Services Administration (GSA) in June 2020.

In regards to his former position, Cheriyan said, “It really has highlighted the need for more and more agencies to drive better digital transformation, digital adoption of all of their services… So all the things that TTS provides, we just need to amplify those and really build those out.”

As he discussed his departure, Cheriyan discussed what he’s learned during his time in government, the impact of government tours of duty and the future of TTS. One of the accomplishments of the GSA has been the development of its artificial intelligence (AI) center.

The administration has also improved its FedRAMP, focusing on cycle times, agency reuse, the number of cloud service providers that GSA works with, and cost reductions. While there have been notable improvements during his tenure at GSA, he also addressed the challenges within the government modernization efforts.

“The challenges are still very much there. When you think about it, we spend over $100 billion on technology. There’s a significant portion of that just in terms of keeping the lights on. The amount of change that we have as an opportunity in the federal government to make is still large. We still have a lot to do in terms of catching up with the private sector,” Cheriyan noted.

Cheriyan will return to the private sector for a new career opportunity. He joined GSA in Jan. 2019, where he was responsible for the expansion of the IT Modernization Centers of Excellence (CoE) program. Cheriyan grew the program from two agency partnerships to 12 in a span of 18 months.

“He guided TTS to sharpen its vision, strategy, and focus on the key elements vital to the future of federal IT modernization. I am thankful for his steady leadership and passion for public service that inspired our team to work together to create innovative solutions for our customers,” said Julie Dunne, commissioner of FAS.

The mission of GSA is to deliver value and savings in real estate, acquisition, technology, and other mission-support services across government. One of GSA’s four strategic goals is to improve the way agencies buy, build and use technology.