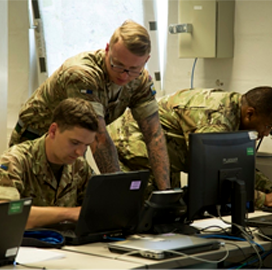 Field testing activities under the third annual NetModX began last week at Joint Base McGuire-Dix-Lakehurst and are slated to conclude by Oct. 2. As part of the event, Army personnel will utilize simulated environments to assess C5ISR technologies that were previously evaluated through laboratory-based experiments.

The theme for this year’s exercise, mission command and command-post survivability, will cover network resiliency technologies intended to withstand electronic threats in various environments. The Army plans to test the technologies ahead of preliminary design review activities in April 2021.

“What resiliency means to us is the network bends, it doesn’t break,” said Michael Brownfield, chief of the C5ISR Center's future capabilities office within the Army Combat Capabilities Development Command. “And the commanders have the information they need and the coordination that they need to fight the battle.”

Technologies being developed for NetModX 2020 include a distributed system for mission command and a modular “system of systems” involving radio-frequency functionalities.