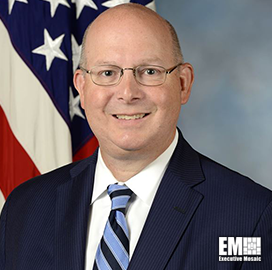 Robert Hood, assistant secretary for legislative affairs at the Department of Defense (DoD), will step down from his post on Friday, July 24th, Foreign Policy reported Monday.

Hood is responsible for arranging calls between the White House nominees and senators to address issues prior to confirmation hearings, responding to lawmakers’ questions and scheduling nominees for such hearings, according to former Senate aides.

Hood’s resignation will leave the department without a legislative chief to help get eight nominees for civilian positions at DoD through the confirmation process. Anthony Tata, the Trump administration’s pick for the role of undersecretary of defense for policy, is set to appear before a Senate confirmation hearing next week.

Prior to his current post at the Pentagon, Hood was with CH2M as vice president for government affairs.