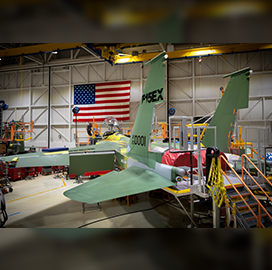 The Eglin Air Force Base has started preparations for the F-15EX fighter aircraft's developmental and operational tests in 2021.

The Operational Flight Program Combined Test Force will handle planning and provisioning efforts for the tests, while the 40th Flight Test and 85th Test and Evaluation Squadrons will secure the aircraft units, the U.S. Air Force said Wednesday.

Representatives from the 96th Maintenance Group is slated to take transfer to hands-on training and familiarization classroom academics upon the aircraft's arrival. The group has began coordinating with F-15EX-affiliated organizations to address potential issues.