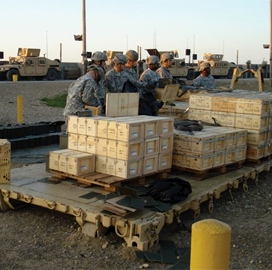 The Government Accountability Office (GAO) is recommending the Department of Defense (DoD) to establish a “climate resiliency” framework to ensure that its facility operations and logistics activities are not impacted by dangers resulting from climate change.

GAO said in a report released Monday that DoD failed to routinely assess climate risks faced by contractors during the procurement and supply of goods and services. In addition, the watchdog found that the department’s supply chain guidance does not “systematically identify and consider" climate-related risks to the acquisition of weapons systems.

According to the report, the military departments also failed to implement DoD’s climate change directive seeking to include extreme weather or other climate disruptions like flooding.

Military officials have noted that DoD is “limited in its ability to conduct such assessments” due to access restrictions in commercial facilities.

GAO suggests that DoD incorporate climate risks in its acquisition and supply guidance for government- and commercially-owned and operated locations to “fulfill key missions dependent on such facilities.”