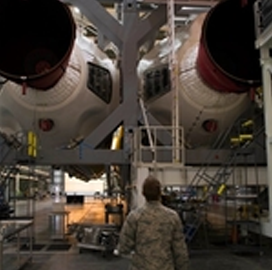 The Department of the Air Force has released a report seeking phased funds for major programs such as satellites and large space systems, SpaceNews reported Thursday.

The report, titled “Alternative Acquisition System for the United States Space Force”, states that incremental funding would enable the U.S. Space Force to be flexible in allocating funds for other programs.

It was initially sent to Congress in May before being pulled back due to several objections, according to SpaceNews.

Shawn Barnes, deputy assistant secretary of the Air Force for space acquisition and integration, told reporters that the acquisition proposal is still being reviewed by the Office of Management and Budget (OMB). “I think we’re very close with OMB at this point,” he noted.

SpaceNews sources told the publication that OMB opposed incremental funding for space programs in favor of full allocations within the same year of ordering spacecraft.