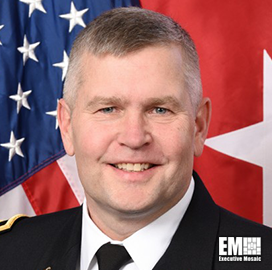 BG Robert Barrie has been appointed as the U.S. Army’s program executive officer (PEO), succeeding Pat Mason, who served in the role since Jan. 2020, the service branch reported on Wednesday.

From 2013 to 2017, Barrie was the project manager for Cargo Helicopters in PEO Aviation. Following this assignment, he served in the Pentagon as the chief of staﬀ for ASA (ALT). He returned to PEO Aviation as the military deputy in 2019 and served as the deputy PEO from January to June 2020.

“Pat Mason effectively managed an annual budget of eight billion dollars, led a global workforce of 3,000 military, civilian and contractor professionals, and was responsible for more than 60 programs and the largest number of FMS (foreign military sales) cases in the entire Department of Defense,” said assistant secretary of the Army for Acquisition, Logistics and Technology (ASA(ALT)) and 2020 Wash100 Award recipient, Bruce Jette.

“On behalf of the entire team at PEO Aviation, I humbly accept the responsibility and will do everything in my power to honor that trust that you have put in me and our workforce,” Barrie said.

Potomac Officers Club will host its 5th Annual Army Forum on August 6th. Click here to register for the event. Jette will serve as the keynote speaker to address the latest initiatives and modernization plans for the U.S. Army.

Join the event to hear from notable federal and industry leaders will discuss the progress, innovations and accomplishments of the Army’s modernization renaissance over the last year, what challenges remain, and how industry can help in 2021 and beyond.

Don’t miss out on this must see event! Click here to register 5th Annual Army Forum on August 6th.

Established in 1987, PEO Aviation’s top priority is reducing the burden on our Soldiers with a mission focus to design, develop, deliver and support advanced aviation capabilities for operational commanders and our allies. PEO Aviation’s workforce is made up of military, civilian and contractors specializing in acquisition, logistics and technical fields, to include 1,300 people deployed throughout the world supporting combatant command requirements.