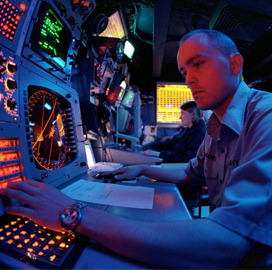 The U.S. Navy has concluded the migration of its Enterprise Resource Planning (ERP) system to an Amazon Web Services (AWS) environment and is processing transactions worth over $70 billion in the cloud infrastructure, Nextgov reported Tuesday.

The cloud migration effort serves as the Navy’s largest one to date and saw terabytes of data across various ledger systems in legacy on-premises infrastructure transition toward the AWS GovCloud environment.

The migration comes as part of the Navy’s plans to use a single ledger system to modernize financial transactions for over 70,000 users around the world, according to the report.

“Putting Navy ERP in the cloud also adds a layer of protection to the data—with only one cloud-based depository of data to protect instead of a myriad of computing hardware,” he noted.

According to Quick, the Navy deployed an AWS-built edge storage tool called Snowball and SAP’s maintenance technology to speed up the migration process.