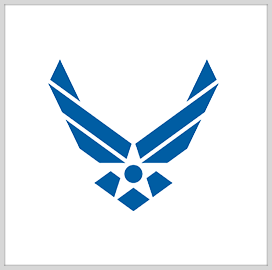 “One individual who has flown this same profile about eight different times … said this was the most situational awareness he’s ever had,” said Lt. Col. Bradley Rueter, chief of AMC's capability development branch.

In the exercise, which simulated an airdrop of ground forces into a contested environment near Nellis Air Force Base in Nevada, the Air Force changed how and how fast it was sending data to crews aboard two C-17s.

AMC used commercial satellite communications, which according to Rueter, are “hundreds of times faster than what we traditionally use,” in addition to a “slightly different” protocol to send those messages.

The two planes were also outfitted with an upgraded computer with higher processing speeds. Overall, the new tech allowed for higher refresh rates to keep up with changes in the battlespace. The success of the mission will improve the effectiveness of joint operations in contested environments.

The test marks a milestone in USAF's effort to implement the Joint All-Domain Command and Control approach that integrates systems across multiple domains. Rueter has projected to continue the system's testing with C-130, KC-46 and KC-135 aircraft.